Why does Volvo construction equipment accessories save energy?

Volvo Construction Equipment hopes to move from "digging the planet" to "protecting the planet", joining the WWF (World Wide Fund for Nature) "Carbon Emission Pioneer" project, which has developed a plan to reduce CO2 emissions by 15 million tons between 2009 and 2014."We are one of the industry's signatories to the WWF Carbon Pioneer programme, which highlights our commitment to the environment."Patolney, global president of Volvo Construction Equipment, said.
How to achieve carbon dioxide reduction?"This is going to be achieved through technological improvements in engines, through continuous improvements in fuel economy, through improvements in engine generation after engine generation to reduce CO2 emissions.In addition, there will be further improvements in industrial processes."Volvo construction equipment global sales and marketing executive vice president EberhardWedekind told the reporter.
Volvo construction machinery parts that energy saving and emission reduction products due to the high cost, Volvo excavator parts in the same kind of products but lack of competitiveness, in Eberhardwedekind opinion, energy saving and emission reduction has a spillover effect, "fuel economy for Chinese customers, is a very important product characteristics, and,If the machine has good fuel economy, the total fuel savings add up to a very good return for the customer."EberhardWedekind said. 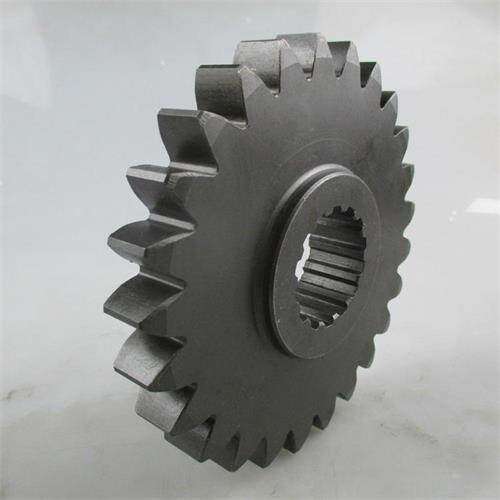 From "digging up the earth" to "protecting the earth"
Reporter: The excavators produced by Volvo Construction Equipment are constantly excavating the earth, but the company has put forward the goal of reducing carbon dioxide emissions to help protect the earth. How do you explain the logical relationship between excavating the earth and protecting the earth?
Eberhardwedekind: On the one hand, I think our excavator products, like cars or other products of the Volvo Group, can be seen as a source of environmental problems because our products use engines, make noise, and run on oil or diesel.
But at the same time, Volvo Construction Equipment always wants to be one step ahead when it comes to environmental protection.In Europe and the United States, there are many mandatory emission reduction standards for environmental protection, and Volvo construction equipment will meet or exceed these mandatory environmental standards ahead of implementation in these regions.The company has invested significant resources in the design and manufacture of modern engines, while continuously improving fuel economy and reducing noise.
In addition, we pay great attention to the operating environment of the operator, and have made continuous efforts to improve the ergonomics and vision. Volvo excavator accessories enable the operator to achieve energy saving and high efficiency in a better operating environment.
Through such a series of actions, Volvo Construction Equipment combines "excavating the earth" with "protecting the earth".
Reporter: Volvo Construction Equipment has a carbon dioxide reduction plan, which will reduce 15 million tons of carbon dioxide between 2009 and 2014. Is this on a global scale or in China?
EberhardWedekind: This is the global emission reduction commitment of Volvo Construction Equipment.In the fall of 2010, the Volvo Group reached an agreement with the WWF to become the first car manufacturer in the world to participate in the WWF's "Carbon Pioneer" program.Effective January 1, 2012, Volvo Construction Equipment and Volvo Bus Company are also part of this agreement.
This is a moral mission for us, and we have to do it, on the one hand, to participate in the present, but at the same time not to ignore the environment.
Reporter: How to achieve carbon dioxide reduction?
Eberhardwedekind: This will be achieved mainly through technological improvement of the engine, through continuous improvement of the fuel economy of the engine, through technological improvement of the engine generation after generation to reduce carbon dioxide emissions.
For example, we specifically launched the Volvo L105 wheel loader for the Chinese market. Its 6-cylinder Volvo engine can produce high torque at low RPM. The Volvo excavator accessories mean that even when the loader falls into the mud or sand, it can pull out of the mud and climb out of the sand at low RPM all the time.The fuel efficiency is higher than that of a loader, which needs to rev up to provide more power.
In addition, there will be further improvements in industrial processes.