Do you know what EGR valve is?

Today, the professional Volvo excavator accessories Xiaobian to introduce the excavator accessories -- EGR valve, which is the prime suspect of the excavator idling flout, engine lack of power, black smoke and other faults.And it plays a vital role in the work efficiency of the excavator and the emission of waste gas.As long as it can save oil, and reduce environmental pollution, not kill two birds with one stone.Below, follow Xiaobian together to see its true face!
EGR
Engine Gas Recirculation(Waste Gas Recirculation). The main components are the EGR cooler and the Waste Gas Recirculation Flow Control Valve.Water-cooled EGR is the most common type of excavator accessories. Its working principle is to send the cooled high-density waste gas into the intake passage again and make it burn again. Therefore, it can burn slowly at a relatively low temperature, improve the working efficiency of the engine and improve the combustion environment.Moreover, it can reduce the emission of nitrogen oxides and sulfur compounds and reduce the pollution to the atmospheric environment. 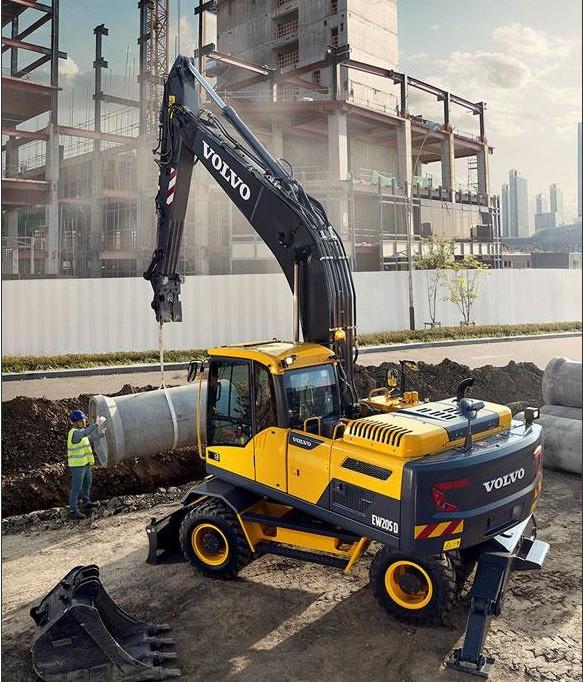 EGR cooler
The oil pump, the main excavator accessory of the engine, plays a vital role in the engine lubrication system. The oil pressure is supplied by the oil pump.Taking Cummins QSB6.7 engine as an example, the minimum oil pressure at idle speed is 69kPa, the minimum oil pressure at rated speed is 207kPa, and the opening pressure range of the oil regulator is 448-517kPa
Waste gas recirculation control valve
By using a two-seat linear solenoid control valve of the excavator accessories EGR valve opening position sensor, the adjustment precision of EGR exhaust gas circulation volume is improved to reduce the emission of particles and nitrogen oxides at the same time.In order to improve the exhaust gas purification performance and make the intake oxygen concentration adapt to the engine load, the EGR valve opening degree is controlled by feedback through the output of the valve opening position sensor.
Excavator EGR valve
EGR valve failure phenomenon
Idle stall
1, EGR valve cannot be completely closed, should check and replace the assembly.
2. Consult the fault code table according to the displayed fault code to find the solution.
3. The EGR inlet and exhaust pipes of excavator accessories should be checked and replaced.
Engine underpower
4, ECU calibration error, should be re-calibrated.
5. If the inlet pressure sensor fails, it should be checked or replaced.
Surge at idle speed
Engine underpower
1. EGR inlet and exhaust pipes are leaking, which should be checked and replaced.
2. If the intake pressure sensor of the excavator accessories fails, it should be checked or replaced.
Steam is escaping from the exhaust pipe
This failure is related to leakage in the EGR cooler.
See the above detailed introduction of EGR, you have a more in-depth understanding of it!The role of excavator accessories EGR is really strong, we must go to take good care of it.Finally, Xiaobian would like to remind you that if the excavator is idle flout and the engine power is insufficient, we must not ignore the fault detection of EGR!

0
EGRvalveexcavatorEGRvalveVolvoEGRvalve
Article website: http://en.volvoxz.com/news/433.html
The last: How should Volvo excavator engine maintenance be done?2020-11-20
Next up: Do you know the role of these accessories of excavator?2020-11-20